Here you will see some of our posts and activity at our Facebook Page. Feel free to come and like our page, give us a review, participate in the conversation, and meet other people who are interested in Magic Mushroom Retreats.

We also have a profile on Instagram if you would like to follow us there! Conversations between fellow psychonauts (those who explore other realms of consciousness) and past retreat participants can happen there as well!

Gaia Sagrada Magic Mushroom Retreats - Psilocybin Retreats
We have a tipi at Gaia Sagrada retreat center now!!!!! Ceremonies inside a tipi are so cool! Thank u to salvador and mattias for making an excellent first retreat ceremony in the tipi and to all the helpers and guests who made it happen so smoothly!!!!! Luv c 💙

Gaia Sagrada Magic Mushroom Retreats - Psilocybin Retreats
I always like to share good news, but it's also important that we take time to pay attention to and hold space for things that are happening in the world to our brothers and sisters in the human and animal kingdom and to mother Earth herself. There is a lot of suffering happening in this moment in Australia.

I'm taking some time to really hold space everyday for this situation until it is over and envisioning these fires to stop, not just in Australia but in all the places they have raged and done destruction. These fires are either purposely created by some dastardly folks or they are a reflection of humanity's consciousness at this time. In fact, either way, they are a reflection of humanity's consciousness right now.

If we all take time out from our day and give our hearts to what's happening elsewhere, holding space, our mass consciousness can do wonders.

I tuned in on the inner planes and there are a lot of people in meditation to shift this situation. Let's all join in with this effort and just sit in silence for however long you can do it and hold a space for this situation. Maybe a little music will help you hold a place of peace for this. Whatever it takes, whatever method works for you, get into your divine creator being space and envision all of this calming down.

I remember long ago when they told us in sunday school after the Noah flood that God said next time the world would be destroyed by fire. I always thought that would be a sunflare, but maybe this is the way it happens. It's not just fire, either, it's drought that kills crops like what happened in Central America this year. Heat waves and droughts are like fire too. They fry the living things on the Earth.

I have a lot of hope for humanity, i'm not a doom and gloomer, and in fact I know that everything is going to be fine in the end for humanity, just pretty messy right now in this death and rebirth of a new paradigm. However, I have been thinking about this after all the devastating fires of 2019. What if this is the kind of fire being spoken of instead of sun flares? Let's do what we can to avert these disasters.

If humans all put their consciousness together and willed with all their hearts for something to stop, or start for that matter, it would. The mass consciousness is a powerful force.

Remember the Transcendental Meditation experiment of the 80s where they put 100 meditators in towns of 10,000 for a week who meditated for peace, prosperity and happiness for those towns? That literally changed the statistics of those towns for that week. Businesses flourished, the hospitals and police had nothing to do, everything was fine. They even stopped the Lebanon war for a week! Then as soon as they stopped meditating it all went back to how it was before.

This is the true power of the mass consciousness. Let's get together and use it! I'm joining in and doing my part and putting my love into this disaster and for all the people and animals involved. Please join me! I will see you on the inner planes.

A little note about trees on your land to prevent fires:

I've been cutting all the low dead branches of the pine trees on our 55 acres of land, it's a lot so it's a job that's taking years, but it's something everyone should do if they want to protect their property from fire.

If the lowest branches are all 10-12 feet off the ground and are live branches, no fire can start on your land. Clear all the brush. If you do this there's nothing for the fire to really catch on to and it just passes through a forest really quickly, just burning the dry grasses. Fire doesn't do any real damage then. It's a really good technique. Just thought I'd share that!

Let's do our part. I am realizing it's not enough to just read about these things and feel bad about them. We can take action by giving our time, attention, and healing powers to these situations on the Earth. It's our responsibility as a species waking up to it's creator powers and taking responsibility for what we manifest.

Thank you for joining myself and the many others who are part of this effort to put peace on these fires and other disasters happening in the world. When you hear about them, you are being called to take action, and action on the inner planes is a powerful place to take action from if you aren't physically there to fight the fires.

Nearly Half a Billion Animals Feared Dead From Australia's Fires, Including 8,000 Koalas
Nearly half a billion animals are feared to have died as historic bushfires continue to devastate vast regions of Australia.
themindunleashed.com
3    View on Facebook 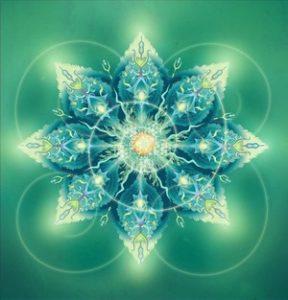 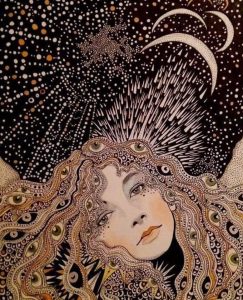